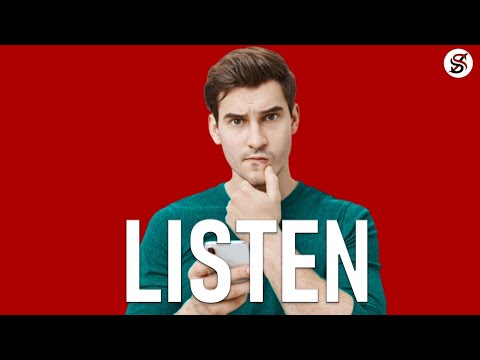 You don’t need money to start a business
because… One day a little boy went to his father and
said, “Dad, I want to build the tallest building in our village”. The father looked at him and told him, “Stop
looking at the tall building. Start with one block and two, then three and
four” the boy was unhappy by his father’s advice
so he asked, “How can one, two and three blocks become a Skyscraper?”
the father answered, “everything starts from zero”
I’ll explain this story as we go on in this video, as I’ll try to use this video to
share with you the reason why you don’t need money to start a business.

If you’re new here, consider subscribing
so that you won’t miss other interesting videos like this. To start with, I think you and I need to be
on the same page. When I said that you don’t need money to
start a business, I mean, you don’t need your own money to start a business. I mean, you don’t need to have money to
start a business. I mean, if as you watch this video, you have
zero dollars to your name, that’s still;l not enough excuse to not start a business. Zero to a Hundred
I’ve talked about the concept of zero to a hundred in one of our videos and I think
a lot of people liked it, so I want to talk about it again. You see, it’s very important for you as
a potential entrepreneur to understand that entrepreneurship is not the process of turning
50 to 100. Entrepreneurship is the process of turning
zero to a hundred.

If I can convince the whole world to understand
this simple concept, we’ll have too many companies this time next year. You see, the reason why most people cannot
be an entrepreneur is that they are waiting for the 50 they would turn to hundred. When people wait for the 50 they want to turn
to hundred, most times, they will not see the 50 and then they will make excuses that
the reason why they can’t start a business is that they don’t have money. No. you don’t need to have money to build
a business. You just need to learn and know how to turn
zero to a hundred.

I’m not telling you motivational words here. I’m telling you about the game I’ve played
for 11 years. I took myself from extreme poverty to a reasonable
wealth, juts by learning how to get whatever I needed from where has it. The Impossible World
Yesterday I was listening to Gary Vee here on YouTube and I heard him saying, “You’ll
always see what you’re looking for” This statement resonates so much with me because
I grew up from one of the most negative society you can ever imagine. I’m an African and if you’re an American
or European watching this video, I’m sorry, there are no words for me to describe the
kinds of the society where I grew up. You just can’t understand. I mean, a world where almost everyone I knew
believes that we’re in hellfire.

The world where the media never write or say
any positive thing. The world where nobody in your family will
ever encourage you to do anything extra-ordinary. But in the very world, I decided to look for
the possibility of building a company, even though I had no money. I learned about negotiation. I read about humans and the way their brains
work. I read tons of books about business, life
and how people actually rose from zero to hundred. As I read, I took actions. As I took actions, I made mistakes and failed.

The more I act, the more I got feedback in
the form of mistakes and the better I became. Napoleon Hill said, “There are too many
resources in the world for those who know how to get it” and I can tell you that that’s
true. At a point in my entrepreneurial life, I had
to reject someone who wanted to invest in my business because I already had more than
enough money from someone else. But again, someone will watch this video and
say, “Well, that’s not possible in my country”
Well, you’ll always see what you look for. Whatever you believe is possible is what you
will learn hwo to achieve. If I didn’t believe that it’s possible
to build a company without money, I wouldn’t wake up every day to learn how to achieve
it. If you think it’s not possible to get all
the resources you need to styart a business from others, I respect your opinion and wish
you good luck. The world needs proof
I’ve met so many people who wanted to start a business and said, “No one helps me”.

The questio9n I asked them is, “How have
you proved that you believe in your vision?” You see, I’ve often said here on this channel
that nobody cares about you and many people have misinterpreted that for what I didn’t
mean. When I said that nobody cares about you, I
don’t mean that people don’t love you. I instead mean that, every human thinks about
himself first and you only come second. You’re the only person why can think about
yourself first so don’t ever expect that anyone else believe in you when you’ve not
shown that you believe in yourself.

If you want to see what I’m saying in the
practical sense, I appeal to you to watch Shark Tank. Shark Tank is a TV show where entrepreneurs
try to get investors to invest in their businesses. Watch this show and notice the kinds of businesses
these investors invest in. Two things become obvious;
First, sharks never invest in any idea except they perceive that the owner of the idea believes
in his idea. Seconds, how they know you believe in your
idea is that you have done something about it. You have started it in a little way. You have tested the market and I have proof
that people want your product. Building a skyscraper from the middle
Remember the story I told you at the beginning of this video? That boy wanted to build a skyscraper but
he didn’t want to start with a single block. Most potential entrepreneurs are like that
and that’s why they never get anyone to support their vision. Again, entrepreneurship is not about turning
50 to a hundred. It’s about turning zero to a hundred. Do you want to build a skyscraper? Go and buy a block first.

If you don’t have money to buy a block,
go and do hard labor to get the money. Make the one block two and two blocks four. Make four-block eight and make eight-block
16. As you’re building, keep on learning and
believing. Read books from the people who have achieved
what you want to achieve and learn about the subject and average man won’t care about. Learn about human psychology, negotiation,
and marketing. Learn about human relationship and leadership. If you don’t know books you should read
on these subjects, search google for, “Best books on anyone of these”
As you struggle to build one block another and learn, then try and persuade people to
support your vision. Please Note; you don’t try and persuade
people to support an existing business because no reasonable person will support such. You can only get people to supply you 500
blocks after you already layed 20 blocks on your own because your action is the sign that
you have faith in yourself. And yes, when you try and get the resources
you need from other people, you’ll meet with a lot of rejections.

Don’t take it personally and don’t assume
that nobody wants to help you because someone is actually waiting to for you. The summary of the whole matter is this; you’ll
always get what you look for. If you believe that you’re doomed and can’t
start a business since you don’t have money, you’ll have enough evidence to support that. If you believe that nothing in the world can
stop you from building a company, being broke cannot stop you. I rest my case!.